Courage in Hardship: Meaninglessness makes suffering harder. There is courage to be gained from finding meaning in hardship (Vayeira, 5775) 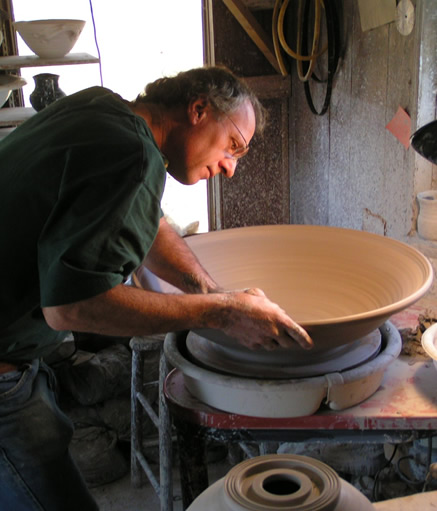 We’ll never fully understand why things that seem so bad happen to people who seem so good. Still, there is courage to be gained from understanding the meaning of suffering and finding purpose in hardship. To help in the quest for meaning, the Midrash offers a framework using three metaphors to explain the verse in Tehillim 11:5 “Hashem tests tazaddikkim whereas His soul despises those who are wicked and who love corruption.”

“1) Rabbi Yonattan explains: a potter checking his pots( by tapping on their surface) doesn’t check faulty pots that would shatter after one tap, rather he checks strong pots that can survive even a number of knocks without shattering. So Hashem doesn’t test resha’im (wicked people) but tzaddikkim (righteous people).  2) Rabbi Yossi ben Channina explains: When a flax dealer knows that his flax is superior, the more he beats it the more it thickens, whereas if his flax is inferior one beating causes it to split. 3) Rabbi Elazar explains: This is like a farmer who has two cows, one strong and one weak. To which does he attach the yoke, surely to the stronger one?” – Bereishit Rabbah 32:3 and repeated with variations in 55:2

The three metaphors represent three worldviews about suffering that are not mutually exclusive. In Rabbi Yonattan’s example, even though the potter clearly knows which of the pots can withstand the knocks before he taps them, he still proceeds to tap them. Why? It would seem that he is demonstrating the quality of the pot to a potential customer, not testing it for his own purposes[1]. The second worldview is that the hardship experienced by tzaddikkim is for their own development. Like the flax that is beaten, quality people become even better under conditions of hardship. The third view sees hardship as being in the service of others and for their benefit.

It is helpful when trying to interpret the meaning of hardships suffered by good people, whether ones own or the hardships of others, to start with the third view as a likely framework and to work back to the second if the third view is unsatisfying. If neither satisfies the quest or meaning, you might resort to the first view.

Hardship in the service of others

Hardship is relative. To a wealthy person soaking in the sun on a beach, working in an office is hardship. To an office worker, laboring on a construction site is hardship and to a mimimum-wage earner joblessness is hardship. What makes an activity especially hard is its meaninglessness.  It is hard for a working mom to wake up repeatedly in the night to tend to her crying infant. Yet, few would consider this as suffering and hardship because there is such rich meaning to their effort. Repeatedly digging a hole only to fill it again afterwards is an activity of hardship. That same activity, when it includes planting sapplings in the hole before refilling it becomes less of a hardship, especially when the worker relates to the value his work will have for those who will benefit from the fruit of his labor. Sometimes we experience hardship because we don’t look further than the experience itself. When we are able to identify how our suffering might benefit others, it can become a little easier to bear.

People experience hardship when they go running or work out at the gym. Yes, this is self-inflicted hardship, but the main reason people endure it is because of the benefit they know they will gain from that painful activity. Whenever we exert ourselves to resist gravity we feel discomfort and we also gain strength. Hardship in life often results from Hashem, so to say, increasing the downward pull of the force of spiritual gravity on our lives. Resisting this pull is at times painful, but it always strenthens our character and energizes our souls.

G-d sees into the hearts of people, but we can only judge people’s actions, not their beings. We cannot know one another’s potential for greatness, we can only know the greatness that  others have actually demonstrated. Sometimes Hashem finds it necessary to elevate our potential for greatness into actual greatness by giving us situations that require great character to overcome or master. Hashem knew that Avraham would be willing to sacrifice his son to G-d if asked to do so, but no one else could have known that. It was necessary to present Avraham with a real life situation that required of him the supreme sacrifice to Hashem. In this way all of humankind throughout history would know the extent of Avraham’s unwavering committment to Hashem and His word.

So, if you or someone you know is struggling with hardship, try exploring the three steps to meaning. Check in with yourself whether you have been chosen by Hashem to provide some service to others and whether perhaps this is the cause of the hardship. If not, can you see how your struggle could present you with opportunities for character growth? If this too does not provide you with meaning, know that Hashem wants you and possibly others to know of your strength and commitment to Him, not only in potential but in reality as well. We can never fully understand why things that seem bad happen to people who seem good. Still, there is courage to be gained from understanding the meaning of suffering and finding purpose in hardship.