Service requires that one is singularly dedicated to the people one serves and that even ones own self-interests are subordinated to theirs. 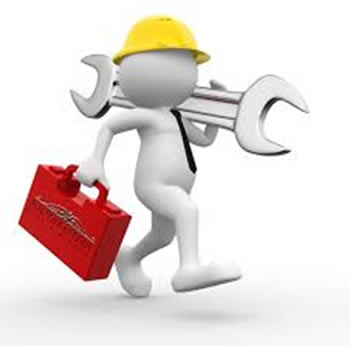 Avraham instructs Eliezer, his chief-of-staff and foremost disciple, to go to Harran and find among Avraham’s family there, a prospective wife for Yitzchak (Bereishit 24). Eliezer asks his master what he should do in the event the girl he finds does not wish to emigrate from her homeland, in this case would he allow Yitzchak to go and live with her family in Harran? Avraham answers in the negative. The Midrash probes Eliezer’s deep subconscious and ulterior motivation in asking this question, and accuses him harshly of moral deceit. I was raised on this Midrash and it never failed to make me angry at the unfairness of Eliezer’s treatment. Here is the Midrash:

Only one paragraph earlier, the Midrash extols the virtues of Eliezer: “He resembled Avraham and had mastery of his passions and desires in the same way that Avraham did.” Eliezer is no mere servant. He manages Avraham’s entire household and business interests. He is Avraham’s disciple. He is a very great man. Eliezer was certainly far greater than the wicked parents of Rivkah who ultimately married Yitzchak. Why does the Midrash castigate Eliezer for an aspiration that any father in his position would have; to marry his daughter to the son of the greatest man in the world who is also his boss and teacher? And why is this called “oppressing” Yitzchak?

This Midrash highlights some penetrating insights in the art of service.

There would nothing wrong with Eliezer’s aspiration to marry his daughter to Yitzchak, if he we a private citizen. But he is not; Eliezer is employed by Avraham to serve him in every sphere. The purpose that Eliezer chose for his life was to serve Avraham and his mission in the world. Service requires that during the moments of service one is singularly dedicated to the people one serves and that even ones own self-interests are subordinated to theirs. Self-interest corrupts judgment and pollutes genuine service. Subjecting self-interest to the interest of the people one serves is the expression of self-transcendence on which Viktor Frankl[1] based his entire system of logotherapy. It is King David’s meaning when he declares: “the world will be built with acts of kindness” (Tehillim 89:3)

The displacement of self-interest from ones motivation to serve others, is the core to the art of service whether service to a fellow human or service to Hashem. An eved Hashem (servant of G-d) is one who subjects his or her own interests to that service of G-d. The Mesillat Yesharim[2] teaches in his essays on Nekiyut that every practice of mitzvot during each moment of every day, includes the practice of self-transcendence taken to the highest levels of purity from ego.

At the moment of conversation with Avraham, Eliezer was in his servant role. He compromised this moment of service by strategizing his own future interests at the time he should have been thinking only of Avraham and his son. This contamination of his mission to find a wife for Yitzchak with personal self-interest could distort his judgment and result in Yitzchak marrying a woman less than his optimal besheirt (destined partner). This would have been an oppression of “a loved one.”

There are three other important insights in the Midrash about service and leadership:

Transcending ones self-interest in the service of G-d and the service of in no way diminishes the importance of ambition, drive, leadership and personal growth. However, ambition should have direction, not only force. The direction of ones ambition instead of being self-facing, should face towards service, towards ultimately making the world a better place.